COVID-19 (Coronavirus) may impact your travel plans. Wherever you're going, you'll find the latest advice here.

Calgary is a metropolis in Alberta, Canada that manages to combine its Wild West pioneer charm with modern skyscrapers, shopping, and dining. Calgary earns the nickname "Cowtown" for its Western history and hosting the annual Calgary Stampede, a ten day western festival and rodeo.

An Introduction to Calgary

While you’ll find single-origin coffee, innovative chefs, new bars, boutiques, and nightlife, Calgary is also surrounded by natural beauty. Between prairies and the spectacular Canadian Rockies, you can enjoy hiking, camping, and winter sports. English is the main language spoken in Calgary and the official currency is the Canadian dollar.

Top Things To Do in Calgary 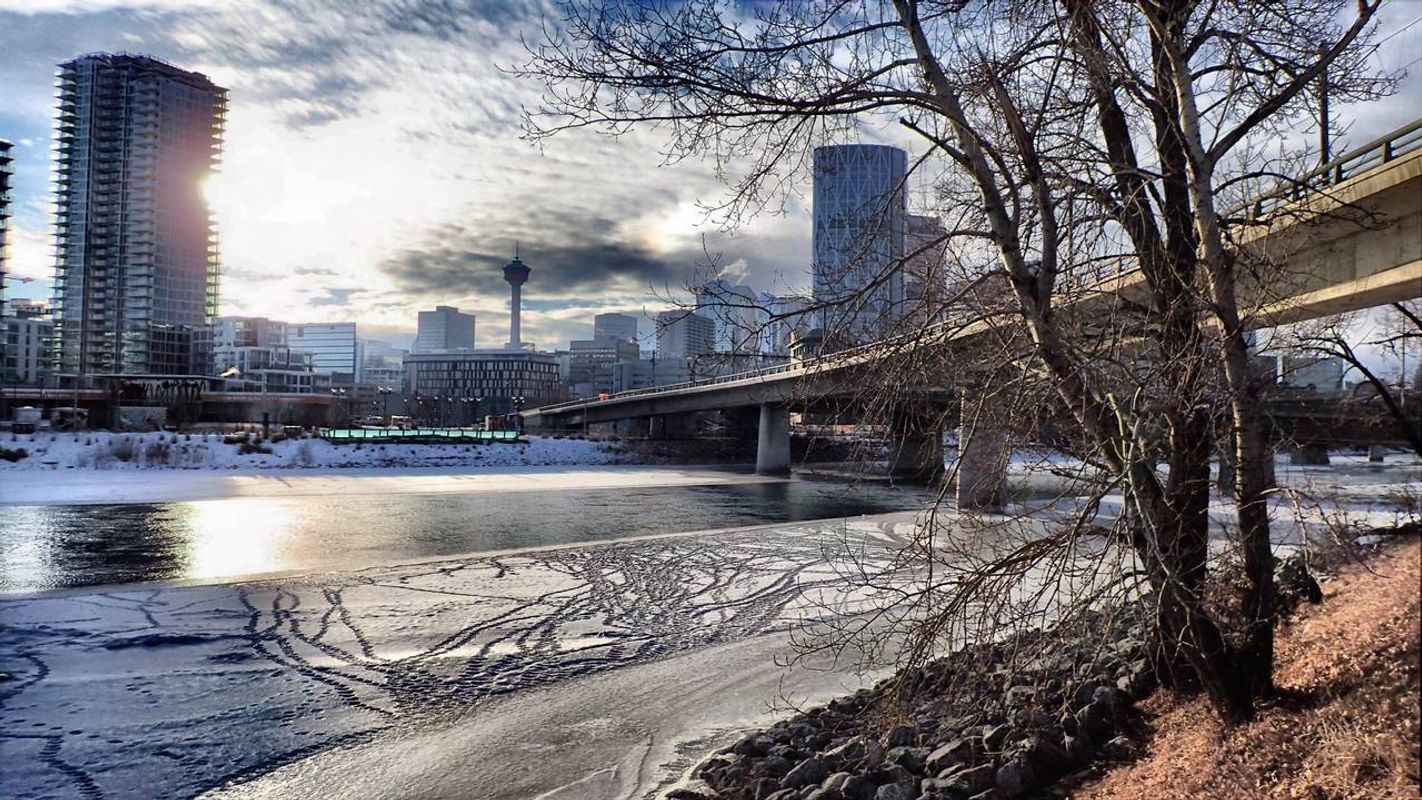 For first time visitors to Calgary, climbing the iconic Calgary Tower to catch panoramic views from the glass-floored observation deck overlooking the city is a must. It also features a revolving restaurant. (Tickets: adult/youth $18/9).

Visit the Heritage Park Historical Village to learn about Calgary’s Western history. This ten hectare historical park depicts life in Calgary from 1915 and earlier. The re-created town features working antiques, a fort, a church, a school, hay rides, steam train rides, and actors for a full Western life experience. (Adult/child $26.25/13.50)
After taking in skyscraper views and interactive history, head to one of the many parks to relax. Calgary’s Central Memorial Park is covered in ample grassy fields, bike and walk trails, and picnic tables. It also regularly hosts events like Shakespeare plays and the Folk Music Festival.

If you rent a car at the airport, drive 2.5 hours southeast of Calgary to Dinosaur Provincial Park. This UNESCO World Heritage Site features dinosaur fossils and lots of camping sites, wildlife, and open spaces with great views.

You don’t have to drive far to get to one the newest and coolest attractions in Calgary, the National Music Centre within the impressive Studio Bell building. The interactive displays, artist exhibitions, thousands of rare artifacts, instrument demonstrations, and concerts are enjoyable even for those who are not particularly passionate about music. Check out the solar-powered Skywalk with repurposed pianos and test your skills at electric guitar or drums, sing along at the recording booth, and create your own instrument. (Adult/child $18/11) 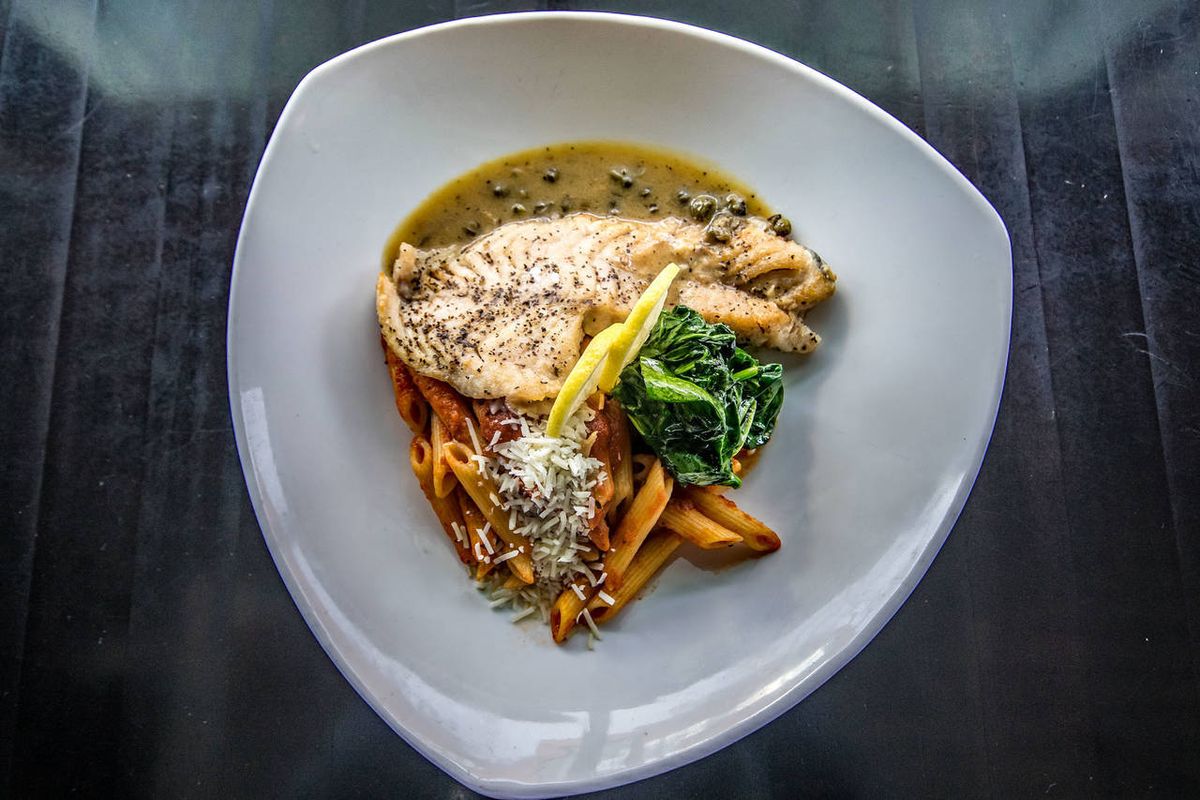 Calgary hasn’t been on the foodie radar for very long; but lately, talented and innovative chefs have been vastly improving the food scene in Calgary. Modern, delicious farm-to-fork restaurants have been emerging near high rises, in hotels and at Wild West tributes.

At the top of the list is Charcut, a rustic-chic steakhouse with a farm-to-table mindset, excellent craft beer and cocktail offerings. It features great lunch specials and mouth-watering dishes such as duck-fat fries and bison brisket.

On the other end of the dining spectrum, is Al Forno Cafe & Bakery at 222 7th Street SW. This modern, comfortable café serves draft beer, wine, and coffee, which you can pair with homemade salads, soups, paninis, pastas, and pizza. Come by for breakfast and choose from the four different variations of eggs benedict but leave room for their freshly baked pastries, including fresh fruit tarts and macarons.

At night, there is plenty to do in Calgary. Have some draught beer and pub fare at one of the many pubs in Calgary, like the Barley Mill, built in 1900’s style, with patios for warm weather and a big stone fireplace for cooler nights.

For live music, Broken City is a chill live music venue, with performances on most nights. From jazz to hip-hop and even comedy and trivia nights. The rooftop patio and the menu will keep you satisfied.
If you’re looking for a nightclub with a dance floor and a DJ playing a mix of rap, electro, funk, house, and soul, the HiFi Club is your place. 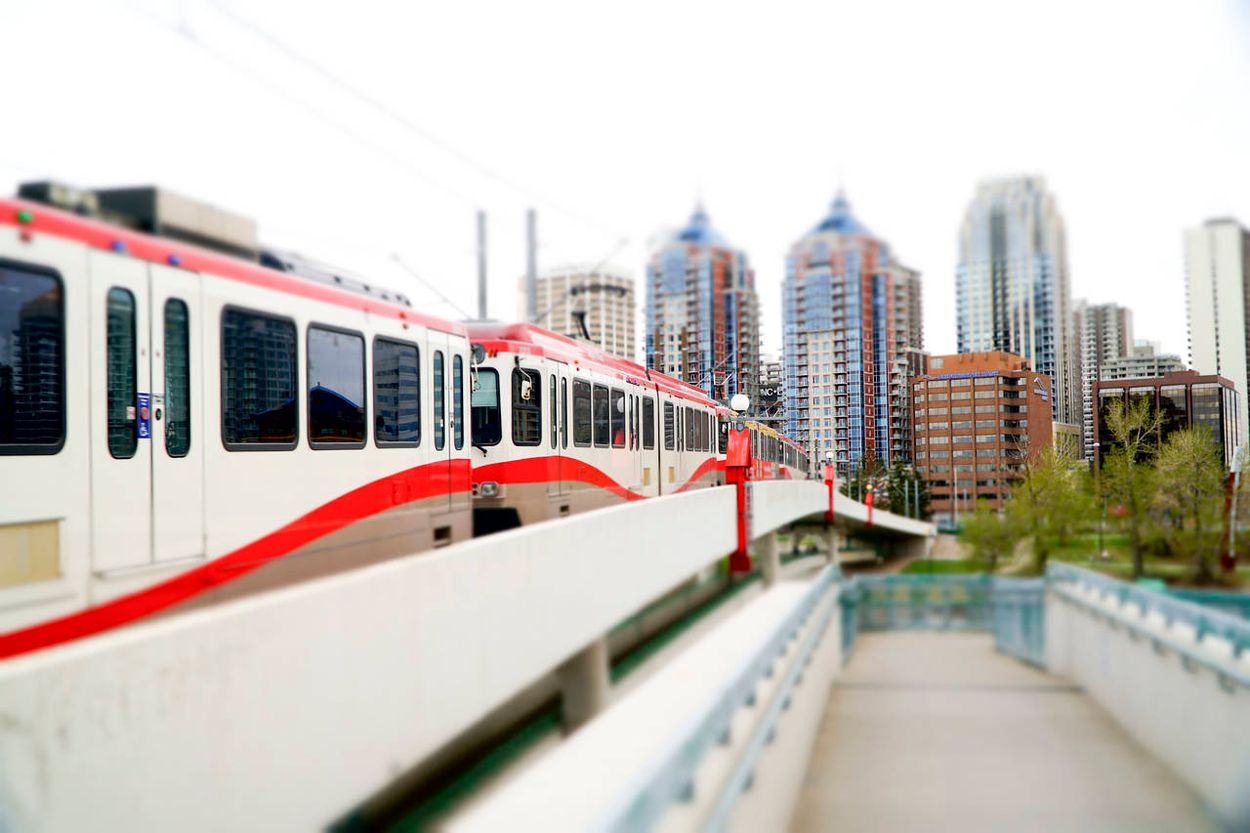 Calgary Transit is Calgary’s main public transportation system. It consists of the Light Rapid Transit (LRT) rail system, also known as the C-Train, as well as buses. It is efficient and clean, and the C-Train is free downtown, along 7th Avenue between 10th Street SW and 3rd Street SE. Tickets ($3) can be purchased from machines on the C-Train platforms and allow transfer within Calgary Transit transport. Most buses run every 15 to 30 minutes daily and shut down after late-night.

Parking downtown is very expensive, in an effort to encourage public transportation. You can also call a cab from Calgary Cab or Checker Cabs. 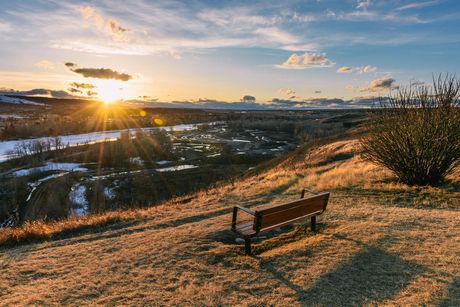 Calgary has the most hours of sunshine compared to any other major city in Canada. Average daily temperatures range from 16.5 °C in July to −6.8 °C in December. During winter, cold snaps with lows reaching below -30°C can occur but don’t last long.

The weather in Calgary changes fast and varies from day to day and even hour to hour, so it’s good to be prepared with layers and umbrellas. Spring brings the most rain. Summers bring wonderful weather with blue skies and mild highs around low-to-mid 20s. Mid-summer days are long, with the sun setting around 10 p.m. 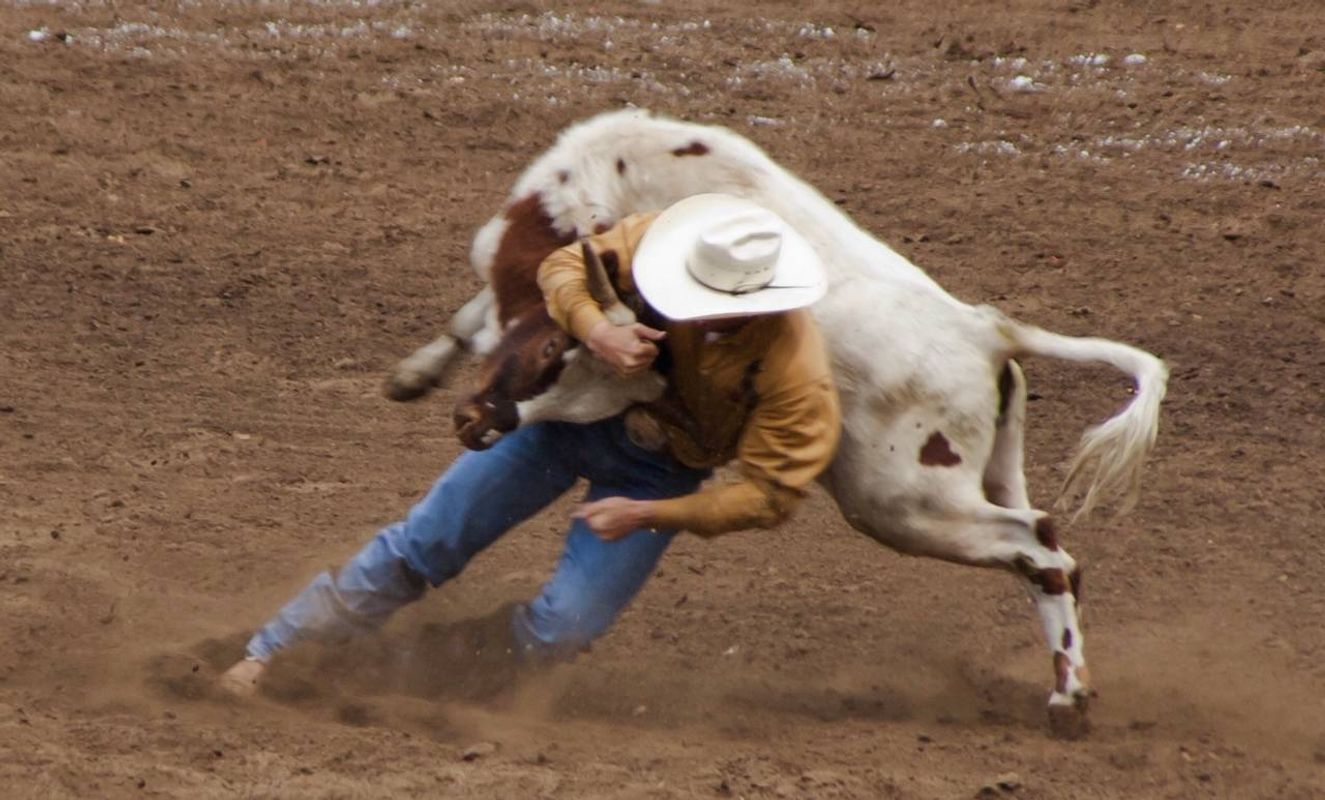 While you’ll find the most crowds during Summer, Calgary truly shines during this time, literally and metaphorically. The weather is pleasant and major events such as the annual Calgary Stampede, a ten day major rodeo, festival, and exhibition take place in July. Also during this month is the Calgary Folk Music Festival, an annual four day event featuring live music on Prince’s Island. (Single day tickets are $65-85, and a four-day pass is $195. Children are free.)

For winter sports enthusiasts, winter and spring are the perfect time for skiing and snowboarding on the Rocky Mountains. 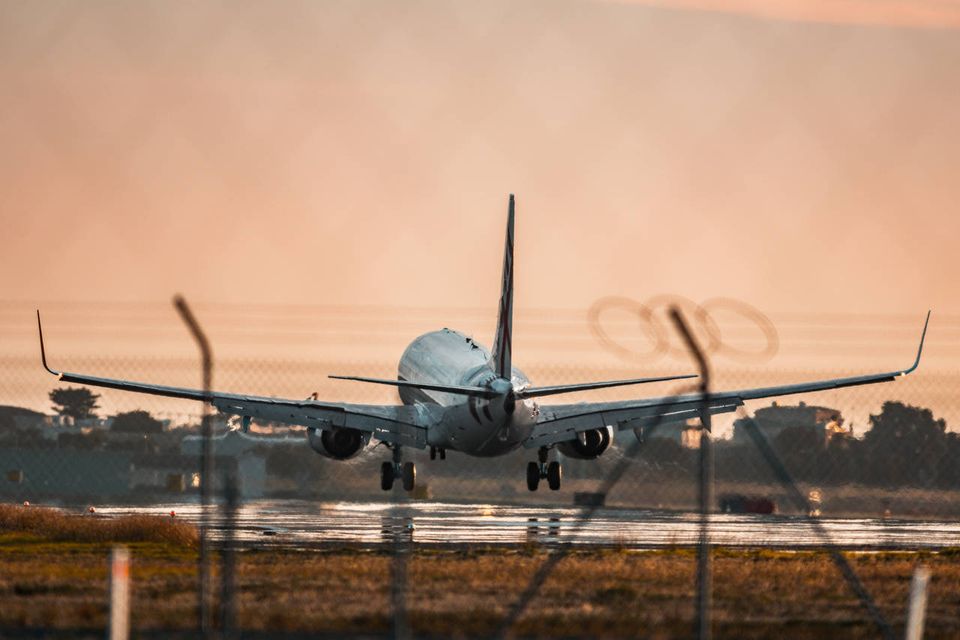 Calgary has one of Canada’s five busiest airports, the Calgary International Airport, located about 17km from downtown. It has two terminals, one for domestic and one for international flights. Finding a cheap flight to Calgary is simple.

There is a convenient airport shuttle service that departs every half hour and drives directly to downtown Calgary. You can also take a taxi, public transportation, or rent a car.

Find the cheapest flights to Calgary

Our latest tips and inspiration!

Well we'd love it if you left us a review.
(It only takes 30 seconds, we promise!)